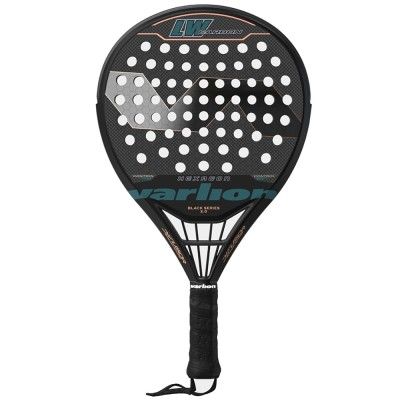 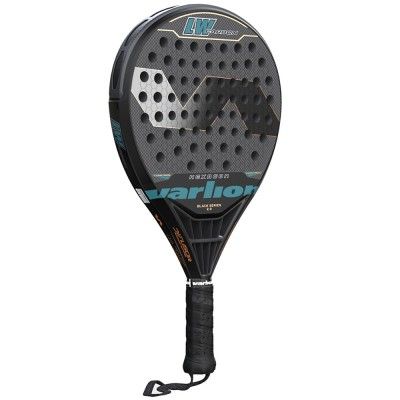 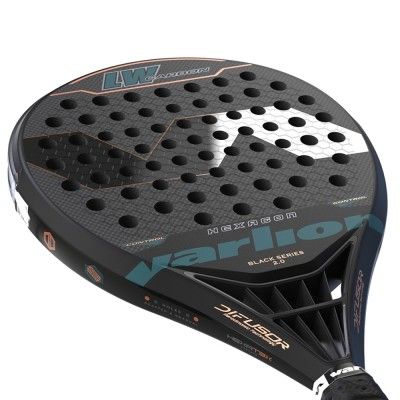 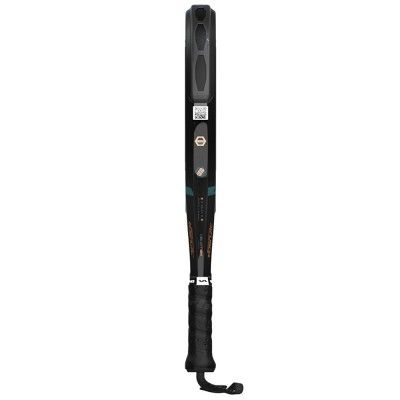 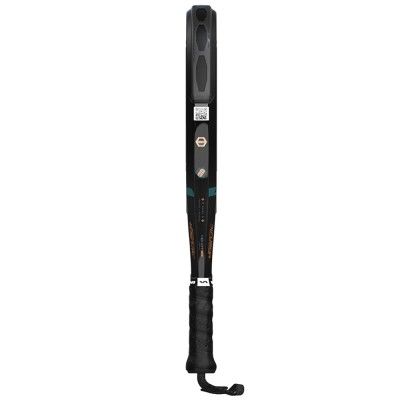 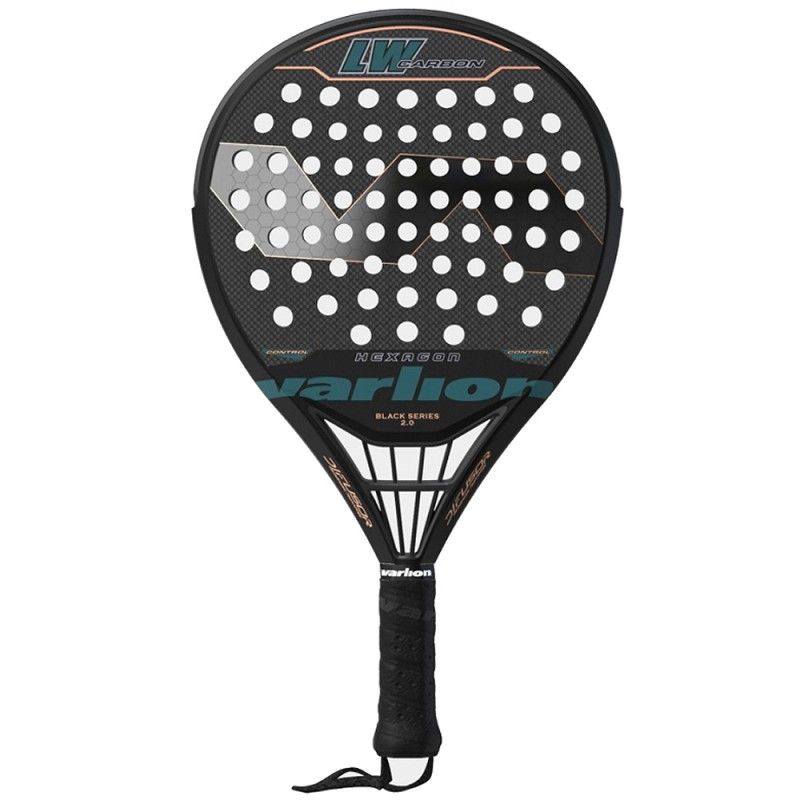 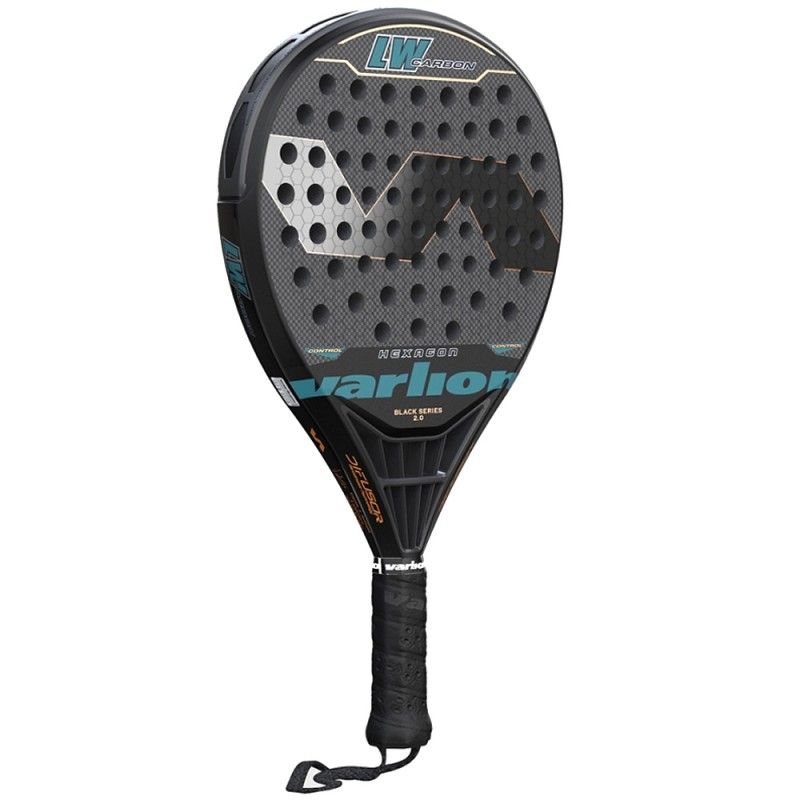 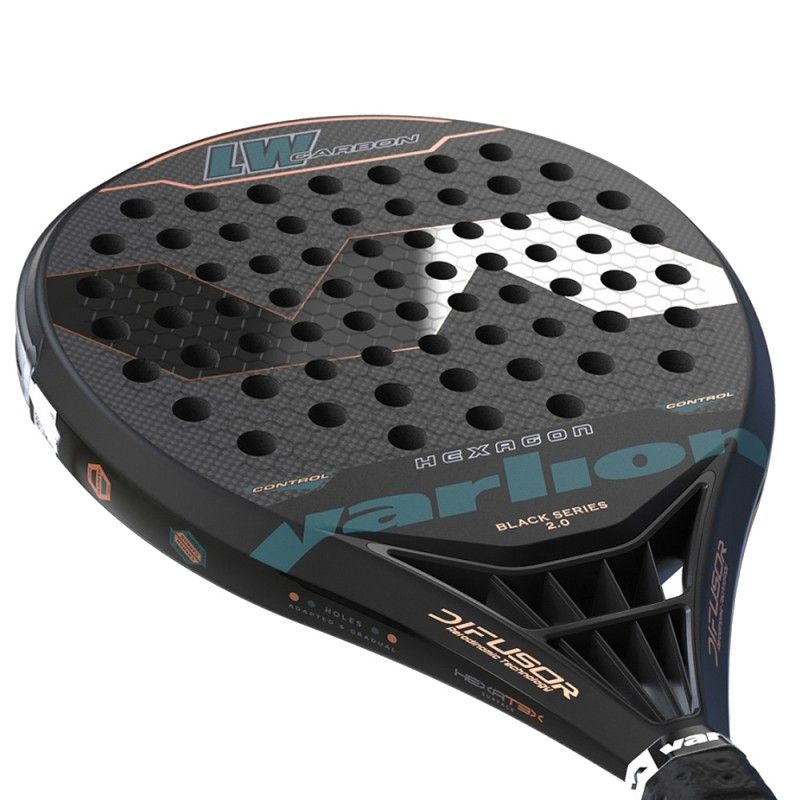 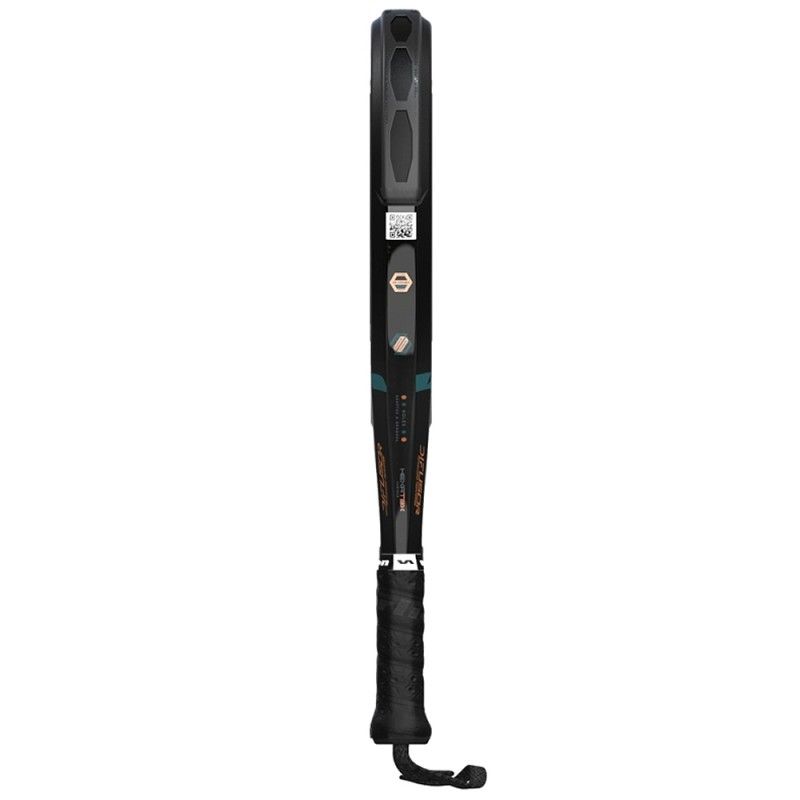 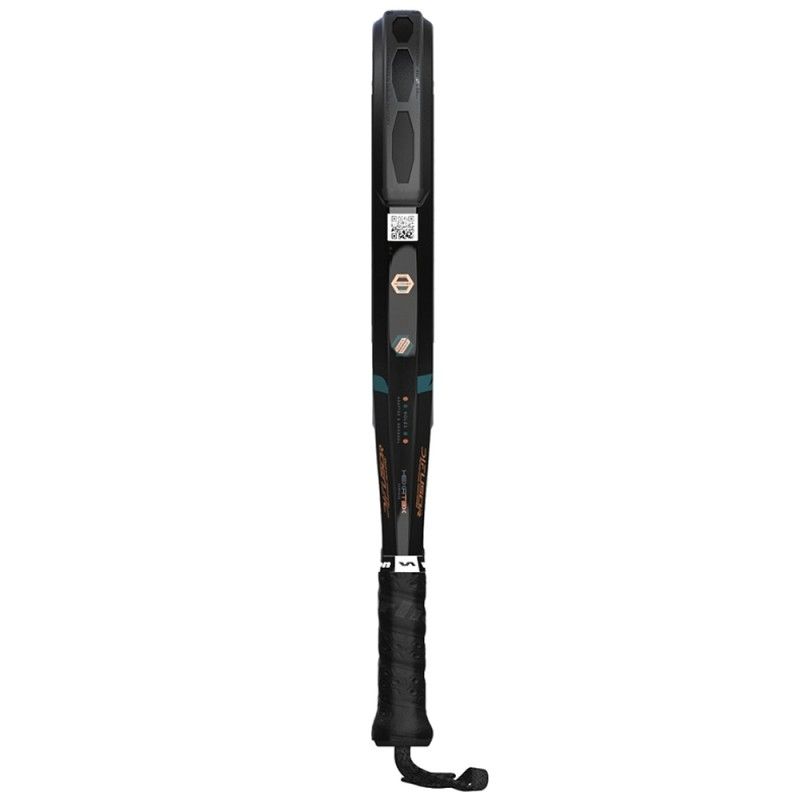 Varlion padel racket for professional level, with a round shape that privileges control over power.

- HEXATEX TECHNOLOGY: Rough texture with a hexagonal shape on the plane, which increases the effect that the ball takes when contacting this surface in topspin or cut shots.

- DIFFUSER: Technology developed with the aim of directing the air flow in the only “treatable” area of ​​the blade where the air passes through, its heart. The advantages of this technology are:

• Higher speed of the player both in quick strokes and smash.
• Greater regularity of the hit by making the trajectory more constant, thanks to the zero influence of turbulence that conventional blades normally have in the area from the heart.
• Greater amount of strokes with more control, thanks also to the reduction of said turbulence.

Its design is inspired by the diffuser that the Brawn GP Formula 1 team included for the first time in the rear and the bottom of the car.

- PROTECTOR HEXAGON: New adhesive protector designed exclusively for models with Hexagon frame. In its previous version, this protector weighed 21g, however, thanks to the new design, its weight has been reduced by half, now weighing only 10g. It has been designed and produced through an injection mold in a low hardness PTU to absorb shocks and scrapes. It is fixed on the blade frame by means of an adhesive material without the need to drill into the frame and thus avoiding having to weaken it for fixing. With this, possible vibrations of the protector are eliminated and a total twinning between the frame of the blade and the lower surface of the protector is achieved.

HYPERSOFT: Soft foam core with spectacular hardness and rebound measurements, which gives the blades a very balanced control and power to use at low temperatures or up to 25º.