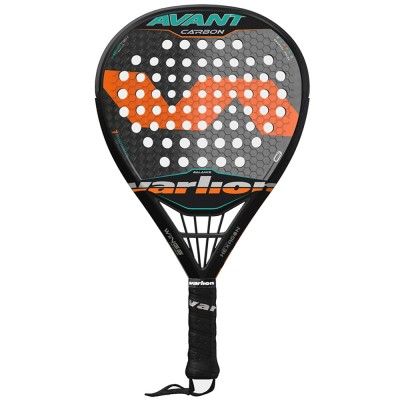 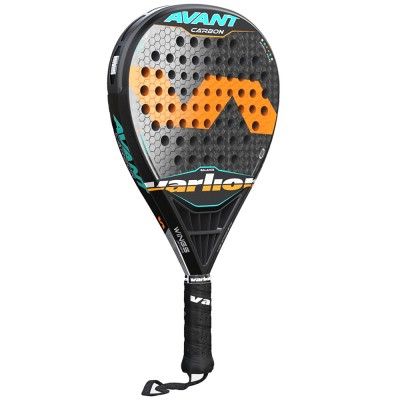 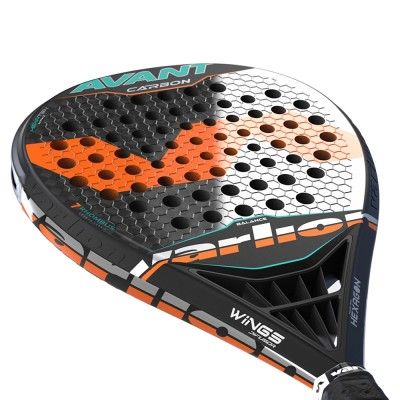 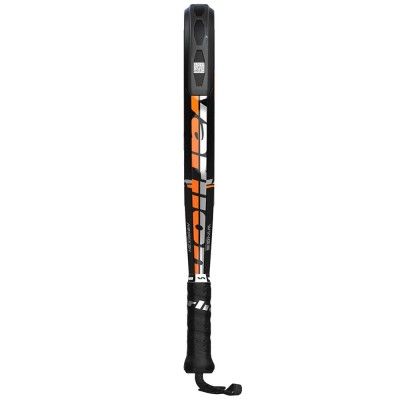 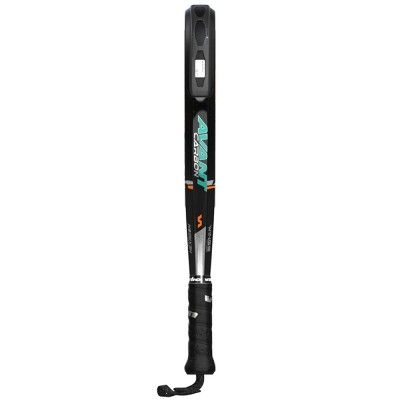 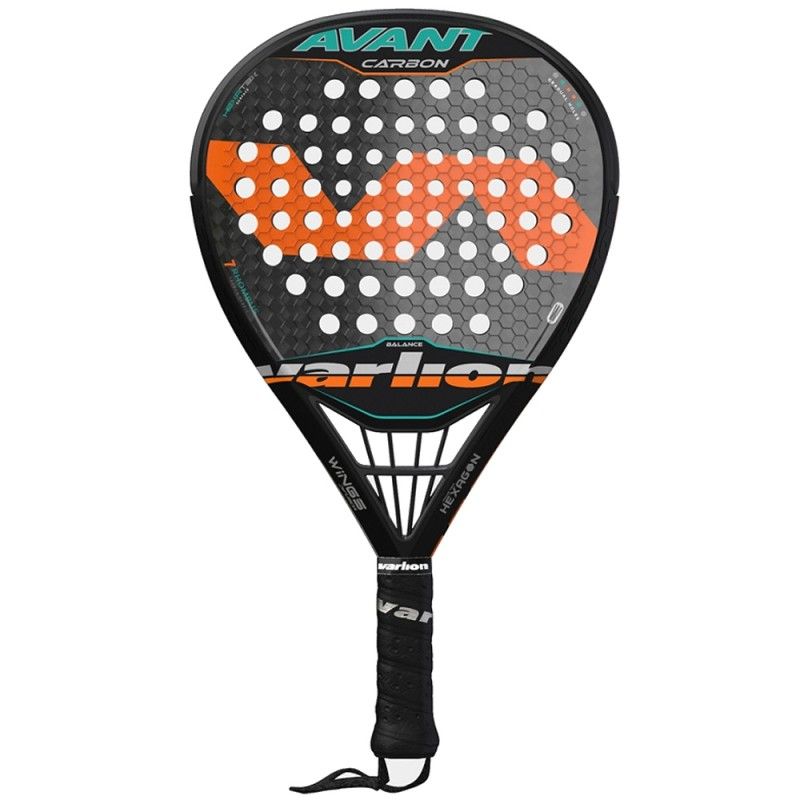 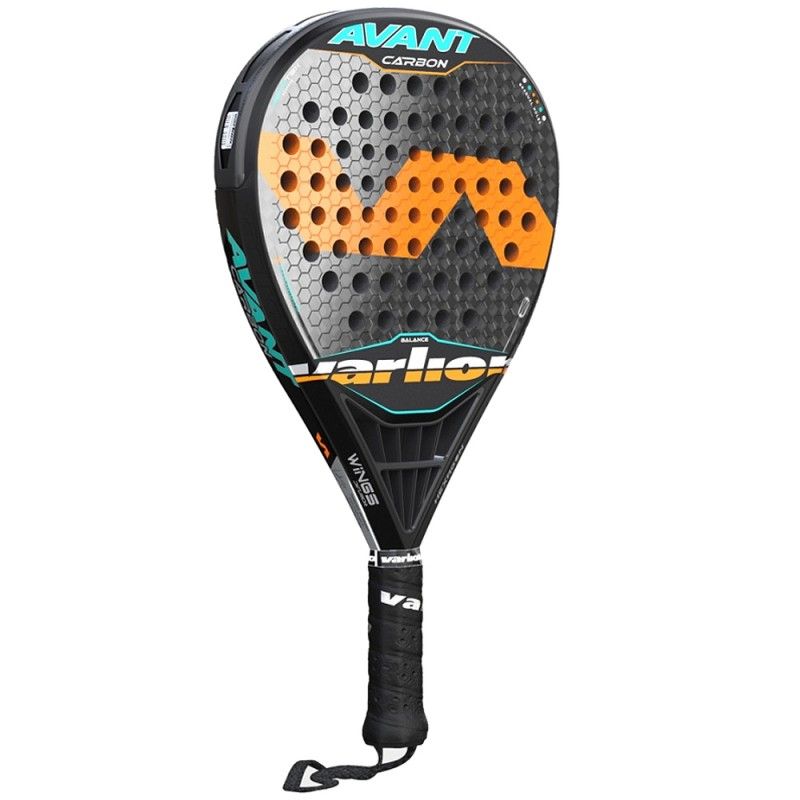 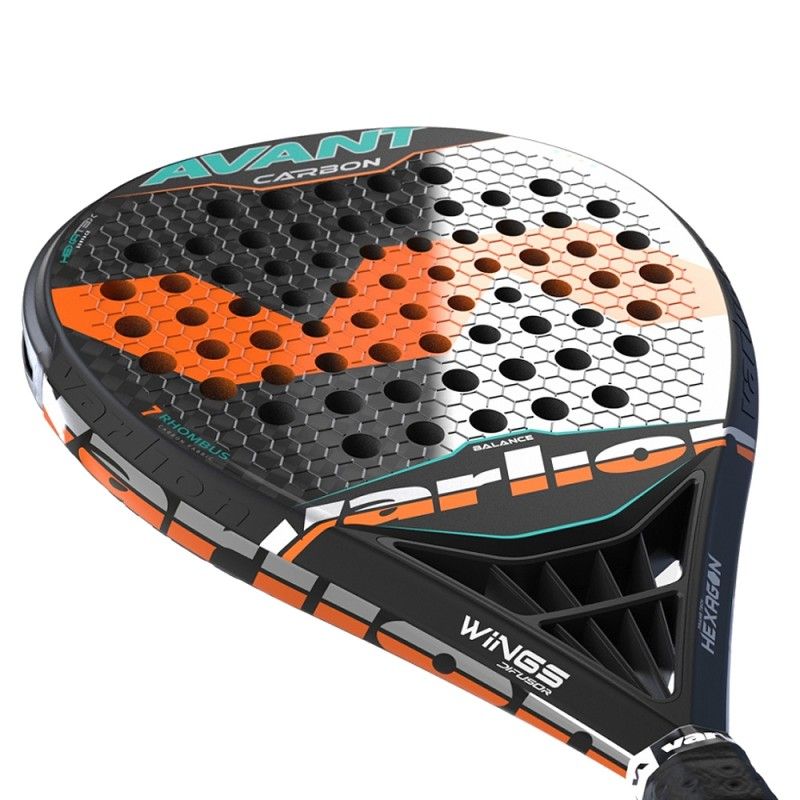 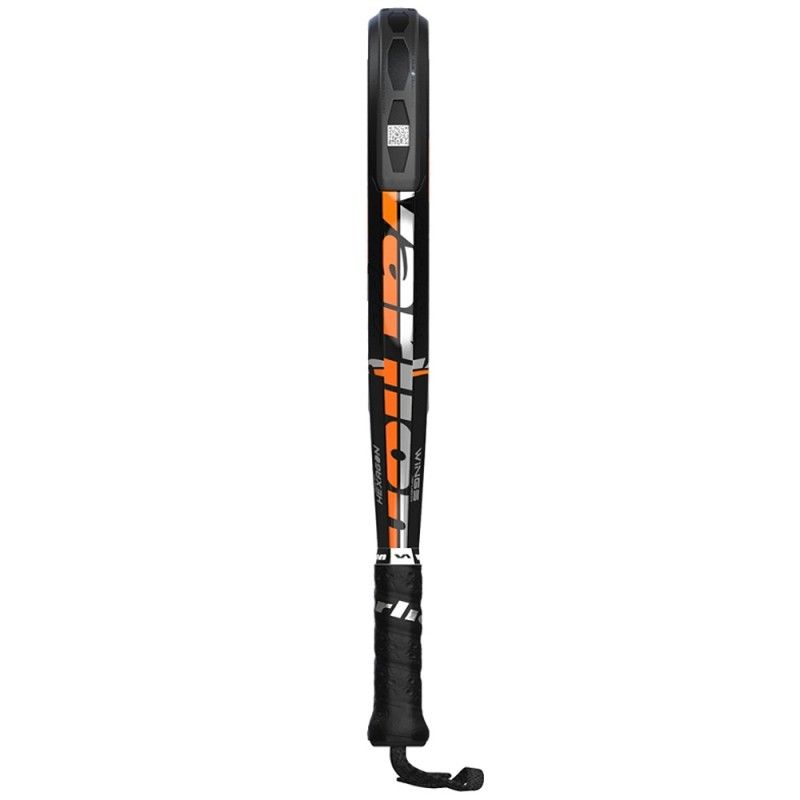 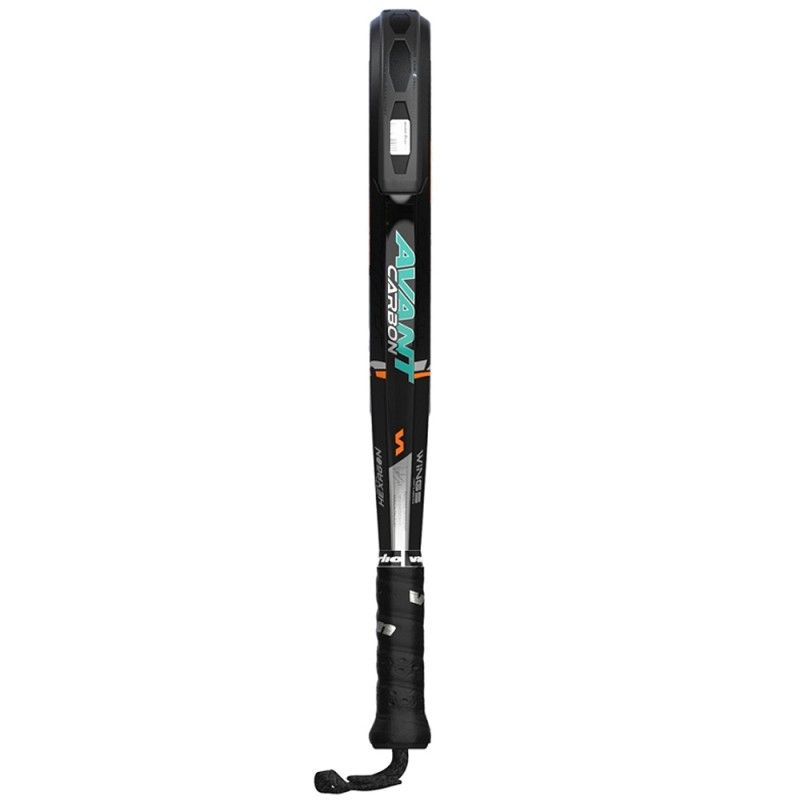 The padel racket Varlion Avant Carbon Diffuser 20.1 W Winter for professional level, with a teardrop shape that provides a good balance of control and power. “W” version of Winter, with low temperatures the The core hardens, gaining control, but notably losing flexibility, so to obtain a good performance you should choose the blades with the blue thermometer or the letter "W", recommended for playing with temperatures below 25ºC / 77º F, as they incorporate materials with greater mechanical elasticity.

Manufactured using a bidirectional carbon tubular and 38MM EVA Hypersoft core of high hardness for the “S” version (Summer) and low hardness for the “W” version (Winter). The core is laminated with two layers of plain 7 Rhombus carbon fiber fabric and a layer of aluminized fiberglass fabric, the weight of which depends on whether the blade is the “S” or the “W” version. It is reinforced at the heart with plain carbon fiber fabric, impregnated in Varlion's exclusive VAR-FLEX epoxy resin, to obtain maximum elasticity and resistance, and covered by a layer of titanium dioxide.

- HEXATEX TECHNOLOGY: Rough texture with a hexagonal shape on the plane, which increases the effect that the ball takes when contacting this surface in topspin or cut shots.

- TEMPERATURES: The environmental temperature directly influences the behavior of a paddle tennis racket, altering its hardness and flexibility; this causes our game to change and be unstable. To solve this problem, the models of the higher ranges have been manufactured in duplicate (a "W" version of Winter, and another "S" version of Summer ), with enough technical differences in the construction of its core to play with one version or another depending on the ambient temperature: At high temperatures the materials soften, especially the foam or EVA of the core, thus changing the performance of the blades. For this reason, the blades with the red thermometer or the letter “S” incorporate materials with less elasticity and hardness, so the behavior of the blade will be ideal with temperatures from 25ºC / 77º F At low temperatures the opposite occurs: the core hardens, gaining control, but notably losing flexibility, so to obtain a good performance you should choose the blades with the blue thermometer or the letter "W", recommended for playing at lower temperatures. at 25ºC / 77º F, as they incorporate materials with greater mechanical elasticity.

- WINGS DIFFUSER: Technology developed with the aim of directing the air flow in the only “treatable” area of ​​the blade where the air passes through, its heart. Its design is inspired by the diffuser that first featured the Brawn GP Formula 1 team on the rear and bottom of the car. The advantages of this technology are:

• Higher speed of the player both in quick strokes and smash.
• Greater regularity of the hit by making the trajectory more constant, thanks to the zero influence of turbulence that conventional blades normally have in the area of the heart.
• More strokes with more control, thanks also to the reduction of said turbulence.

- 7 RHOMBUS CARBON FABRIC: 12K carbon fiber fabric in a rhomboid shape, to give greater flexibility to the core.

- HEXAGON PROTECTOR: New adhesive protector designed exclusively for models with Hexagon frame. In its previous version, this protector weighed 21g, however, thanks to the new design, its weight has been reduced by half, now weighing only 10g. It has been designed and produced through an injection mold in a low hardness PTU to absorb shocks and scrapes. It is fixed on the blade frame by means of an adhesive material without the need to drill into the frame and thus avoiding having to weaken it for fixing. With this, possible vibrations of the protector are eliminated and a total twinning between the frame of the blade and the lower surface of the protector is achieved.

- GRADUAL HOLES: Drilling technology that consists of using 3 different hole sizes, making them smaller in the central area (10 mm in diameter), medium in the middle area until we get closer to the frame ( 11.5 mm) and large in the perimeter area or closer to the frame (13 mm). With this perforation, we are able to compensate for the excessive flexibility of the center of the blade with the low flexibility of the area of ​​the core that joins the frame, thus allowing greater homogeneity to impacts and increasing the resistance of the core.

- HYPERHARD: Hard foam core with spectacular hardness and rebound measurements, which gives the blades a very balanced control and power for use with high temperatures from 20 / 25º. < / p>