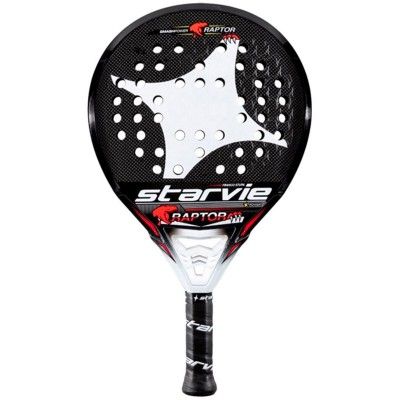 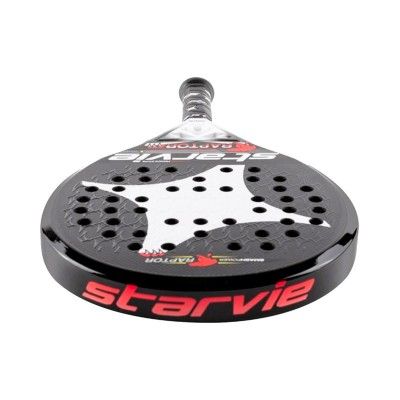 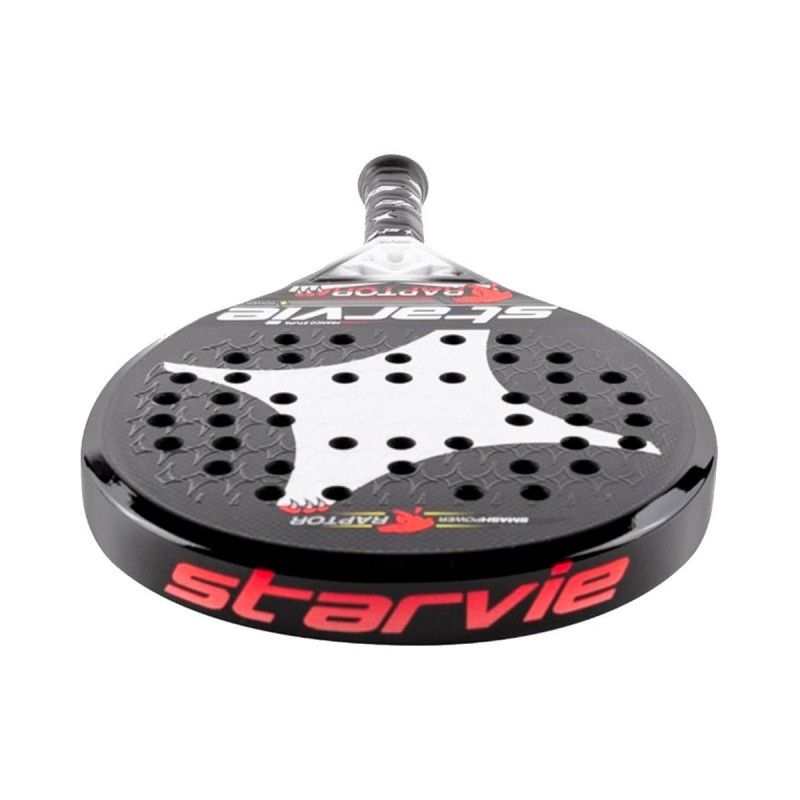 The racket StarVie Raptor, a power racket that helps the aggressive game and control.

It is made of 100% carbon. Despite being a shovel with soft rubber, it is hardened thanks to its roughness in the plane, as well as its two layers of carbon in the plane. This material provides high performance in the game, as well as greater elasticity and durability.

- Soft rubber density.
- The blade is stiffened by the use of two layers of carbon that gives it greater control and power.
- Incorporates the Raptor Core in the heart of the racket to optimize the balance and offer greater rigidity in that area.
- It has the relief of the rough plane (Full Plane Effect) offering greater precision when giving effect to the ball and its mold helps to optimize and control the movements of the racket during the game.
- Two layers of carbon in the plane.

FULL PLANET EFFECT: Texture in the plane with 2mm star-shaped relief, which offers greater control and the possibility of giving effect to the ball with greater precision.

CORE RAPTOR: Piece located in the heart of the blade that helps to optimize the balance and offers greater rigidity in the area.

CARBON FIBER: 100% carbon construction both in the plane and in the profile to provide high performance game.

SOFT 30: Nomenclature that specifies the density of the eva rubber of each racket. It is a soft density rubber intended for a generic game that adapts to any type of player.