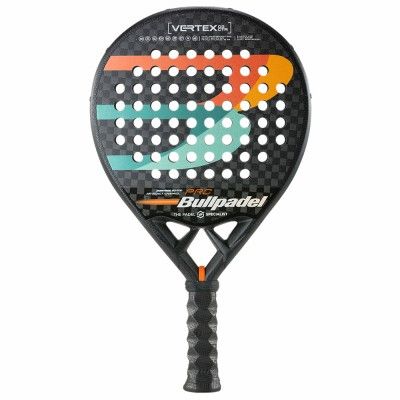 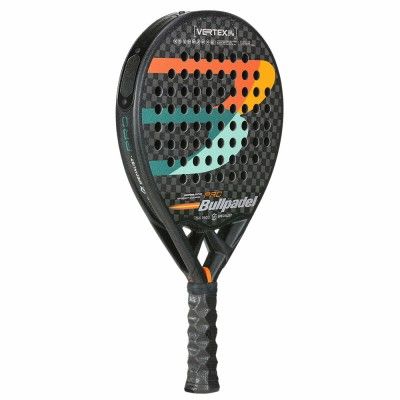 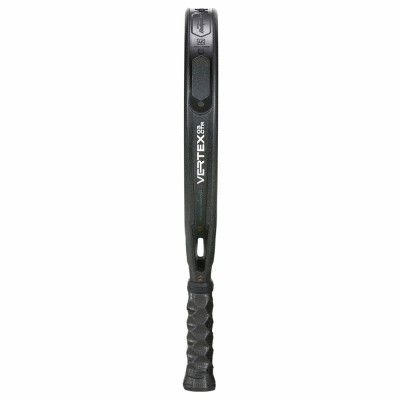 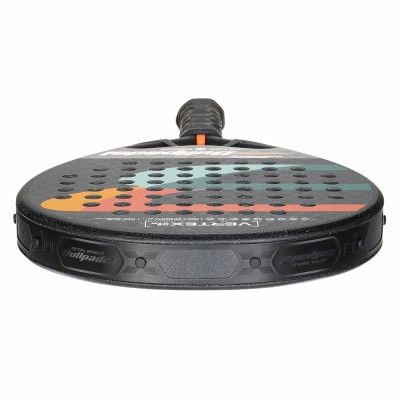 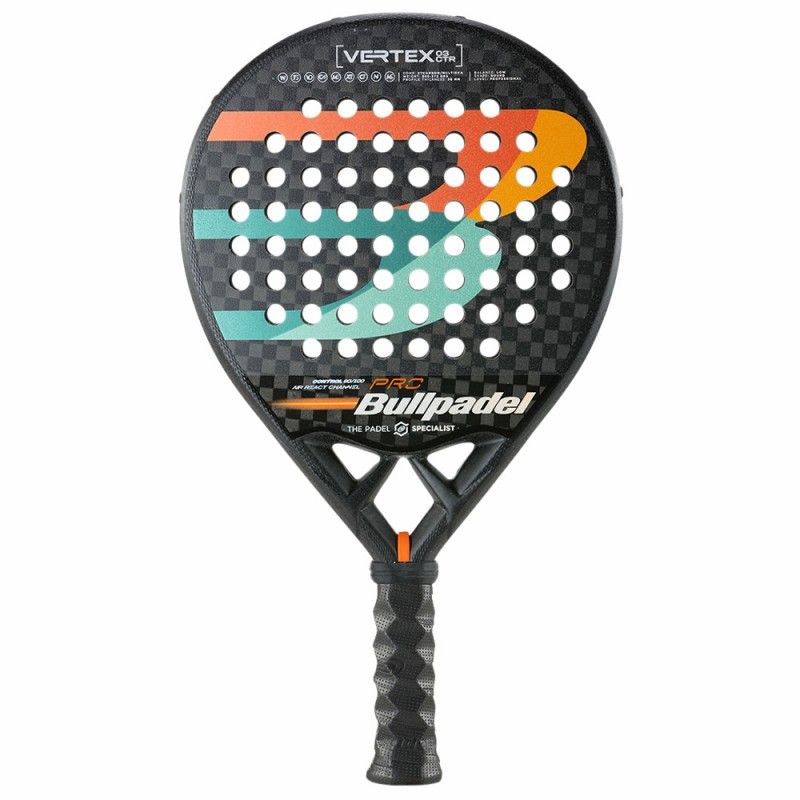 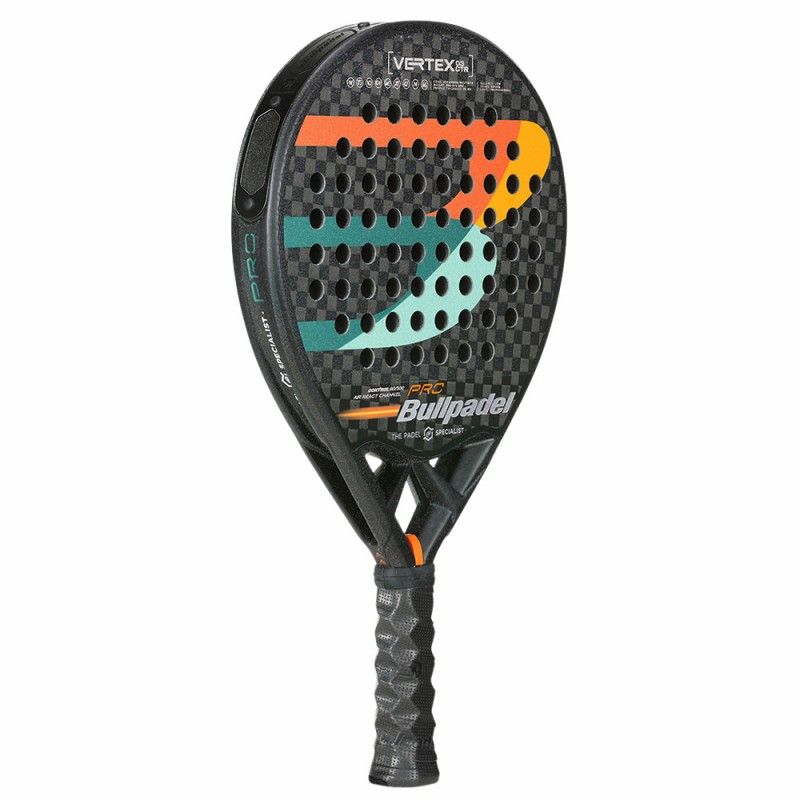 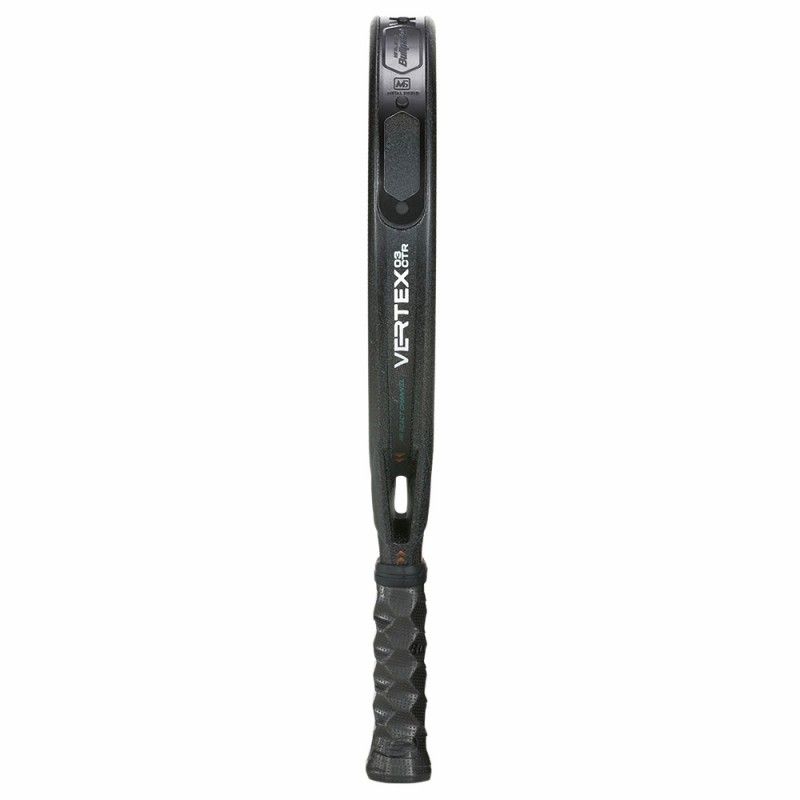 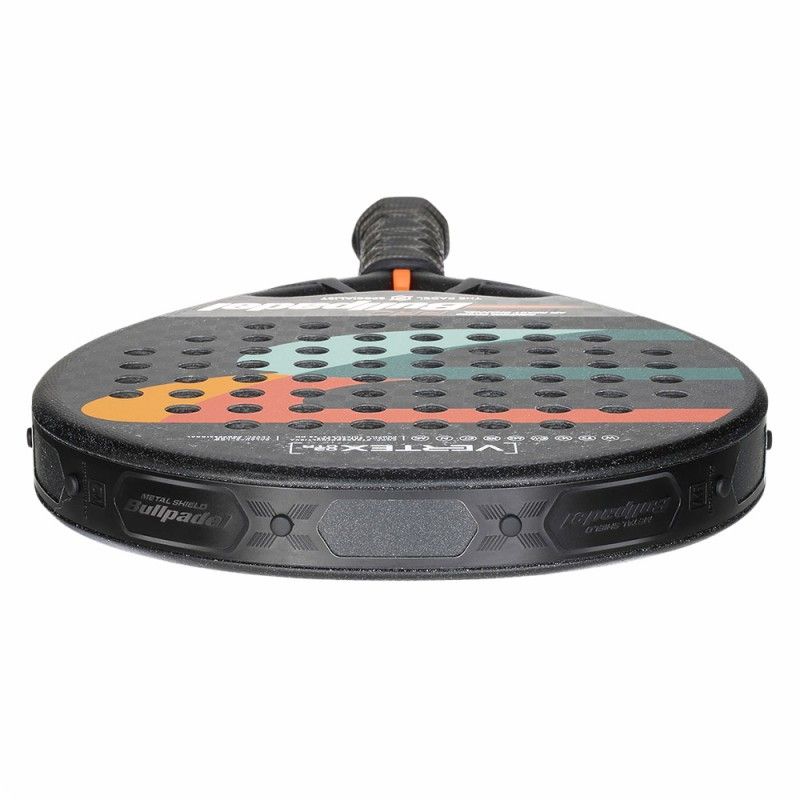 The new BullPadel Vertex 03 CTR 2022 is a round racket of maximum control, with rough Topspin surface. It highlights the incorporation of the new heart Vertex with the Air React Channel system, where the hollow structure and its four arms increases the stability of the frame so you get more reaction in the output of the ball and greater precision in hitting

It is designed for professional or advanced players. It incorporates the new Air React Channel system, which consists of an aerodynamic frame, creating a firmer, more agile and lighter structure at the same time. Its external core is made of Xtend Carbon 12K carbon, its internal core of the new MultiEva rubber and its CarbonTube frame of 100% carbon fiber. It has the Metalshield protector, which adapts to the new CustomWeight weight plate system, allowing the balance of the racket to be modified according to the needs of each player. It has the Vibradrive system for vibration absorption, the new core Vertex and Nerve channels on the side of the blade frame. In addition, it incorporates the innovative Hesacore grip, which reduces stress, vibrations and the likelihood of injury

XTEND CARBON 12K: - Xtend Carbon fiber uses bixially interwoven carbon ribbons. This results in greater strength, stiffness and lower weight, being 20-30% lighter than ordinary carbon fiber.
MULTIEVA The new MultiEva consists of 2 densities, the outer layer of the rubber is more compact, reacting to fast balls offering greater power output. The inner layer of lower density responds to slower balls for greater control in the stroke.
AIR REACT CHANNEL®: - An aerodynamic frame where air flows through the heart of the blade through a hollow channel, creating a firmer, more agile and lighter structure at the same time. The four arms of the core structure generate a more powerful and faster reaction when the stroke is accelerated and greater control when placing the ball. To achieve this evolution, we dissected the player's stroke in two phases.

- PREPARATION: The faster the paddle moves through the air, the more acceleration speed you can put on the ball. The holes in the arms allow air to flow through, making the blade more aerodynamic and lighter.
- IMPACT: The new frame formed by four arms in the heart gives greater firmness to the structure of the racket producing a greater reaction of energy return when hitting, resulting in a higher ball exit speed.
VERTEX: - The heart Vertex incorporates weight and force distribution, eliminating vibrations, reducing torsion and increasing stiffness, together with its diamond shape, facilitates a solid volley and maximum power shots.
CUSTOM WEIGHT: - It also has the exclusive CUSTOM WEIGHT system developed by BULLPADEL that allows the player to modify the weight and balance of the racket to obtain greater control, power or balance. The CUSTOM WEIGHT system can be applied to both the protector and the grip (not included)