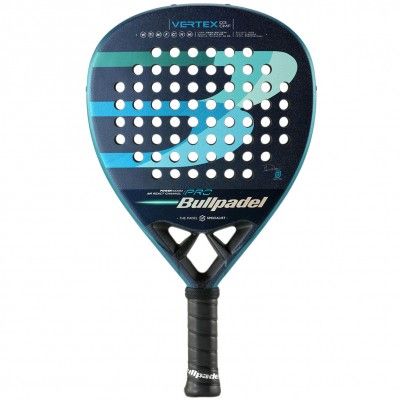 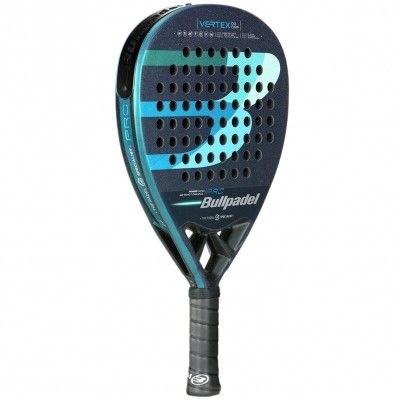 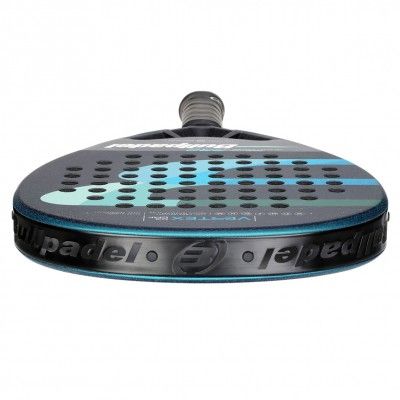 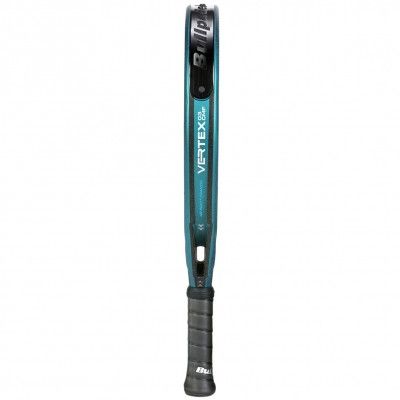 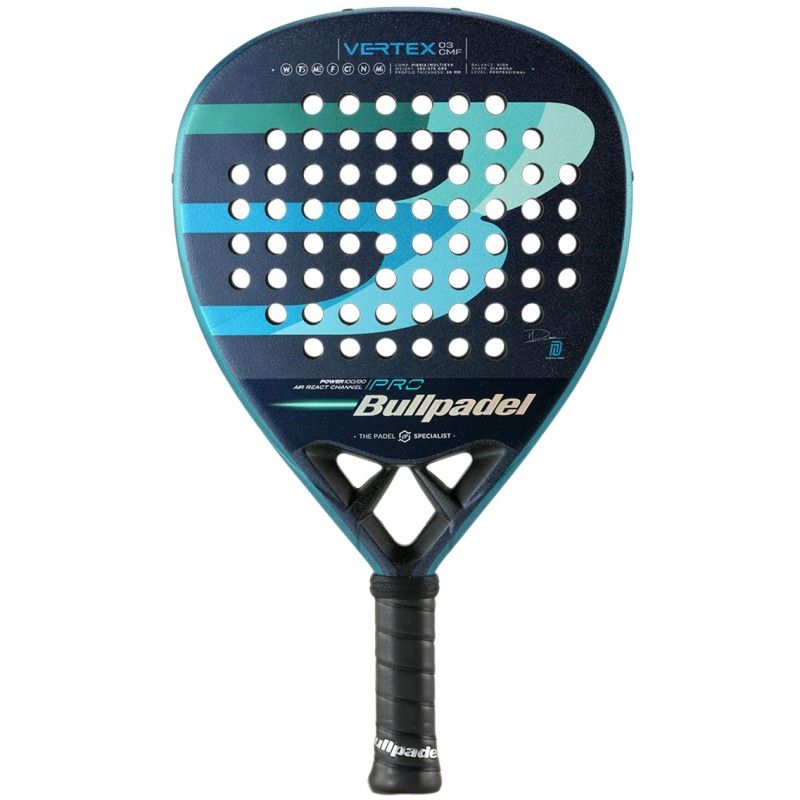 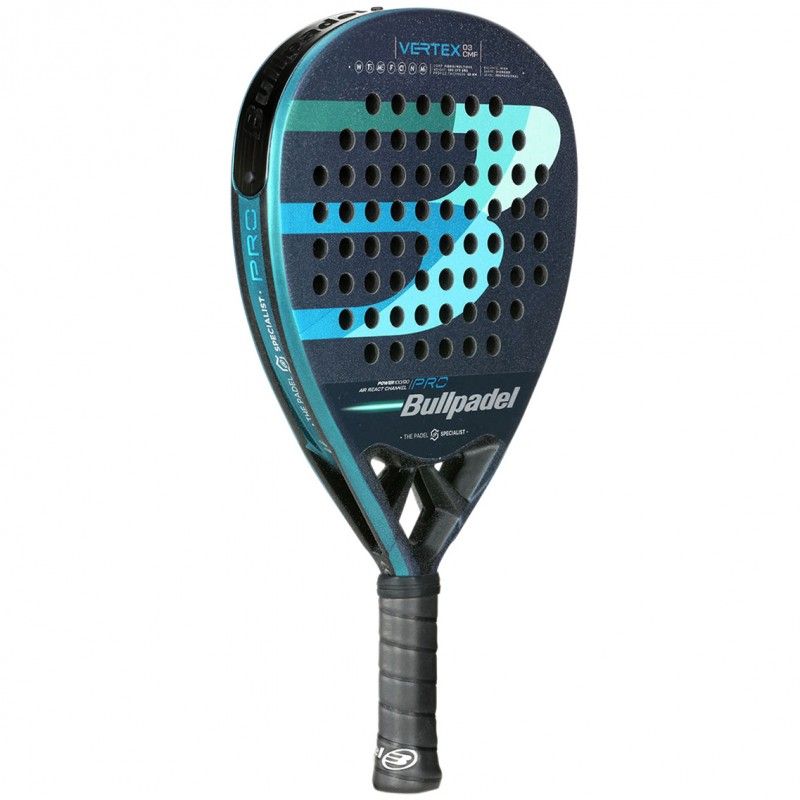 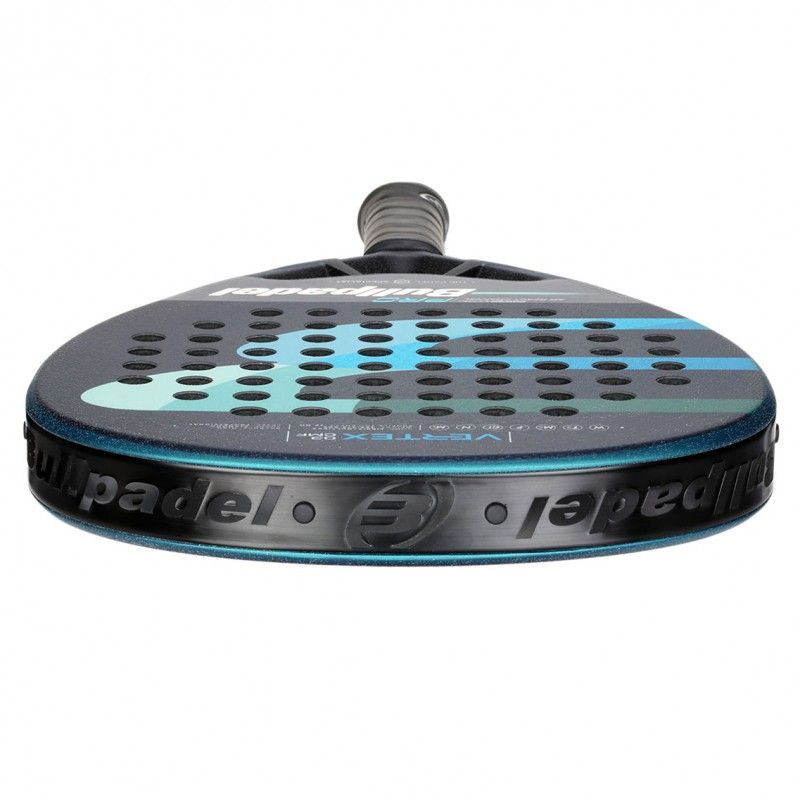 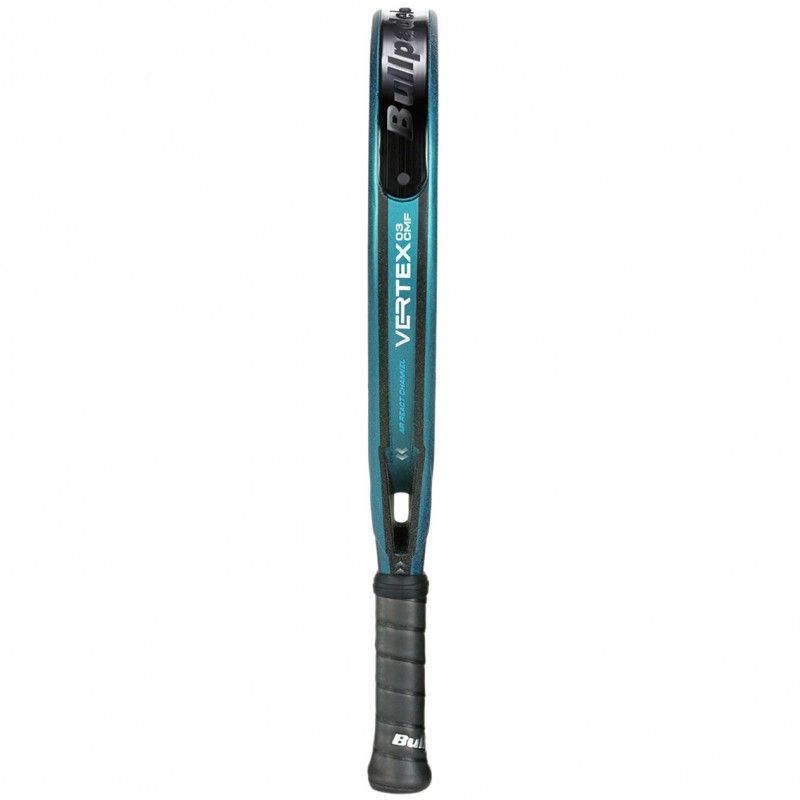 The new racket BullPadel Vertex 03 Comfort 2022 of Martin Di Nenno. With diamond shape is a shovel of maximum power and high performance with a greater output of the ball thanks to the new Air React Channel system, obtaining a greater precision in the blow. It is a racket designed for professional or advanced players with 100% carbon fiber frame.

- The Vertex Comfort is a diamond-shaped shovel, maximum power, high performance without loss of control. As a great novelty, highlights the incorporation of the new heart Vertex with the Air React Channel system, where the hollow structure increases the stability of the frame so you get more reaction in the output of the ball and greater precision in the blow.

- With the rough Topspin surface you get a better grip and spin on the ball. It is designed for professional or advanced players. Its outer core is made of Fibrix hybrid fiber, its inner core is composed of the new MultiEva consisting of 2 different eva densities and its CarbonTube frame is made of 100% carbon fiber. It also has the aluminum protector Metalshield, heart Vertex and Nerve channels on the side of the frame of the blade.

FIBRIX HYBRIDFIBER: Bullpadel develops Fibrix, a hybrid fiber composed of X-Glass and Carbon. This bi-directional composite is fused with a more elastic resin than usual to provide greater flex and elasticity to the core.

MULTIEVA: The new MultiEva consists of 2 densities, the outer layer of the rubber is more compact, reacting to the fast balls offering greater power output. The inner layer of lower density responds to slower balls for greater control in the stroke.

VERTEXthe heart of the rubber, Vertex, distributes the weights and forces, eliminating vibrations, reducing torsion and increasing rigidity, together with its diamond shape, facilitates a solid volley and maximum power strokes.

AIR REACT CHANNEL®: - An aerodynamic frame where air flows through the heart of the blade through a hollow channel, creating a firmer, more agile and lighter structure at the same time. The four arms of the heart structure generate a more powerful and faster reaction when the stroke is accelerated and greater control when it comes to placing the ball. To achieve this evolution we dissect the player's stroke in two phases.
- PREPARATION: The faster the paddle moves through the air, the more acceleration speed you can give to the ball. The holes in the arms allow air to flow through the racket, making it more aerodynamic and lighter.
- IMPACT: The new frame formed by four arms in the heart gives greater firmness to the structure of the racket producing a greater reaction of energy return when hitting, resulting in a higher ball exit speed.

METALSHIELD: This protector made of aluminum alloy of reduced weight, provides great resistance to impacts and protects the frame of the racket at a superficial and structural level. It is anchored to the frame with a special adhesive of great consistency avoiding drilling holes in the frame.

TOPSPIN: Topspin consists of a rough finish surface that favors the grip, thus achieving a greater effect of the ball in contact with the racket.

NERVE: The Nerve system is based on the creation of channels on the side of the frame, increasing rigidity, while reducing weight and achieving greater control in the blows.

CARBONTUBE: Consists of the construction of the frame of the racket 100% bi-directional interlocking carbon. This construction provides our blades the maximum mechanical response ensuring a perfect compromise between power and control.